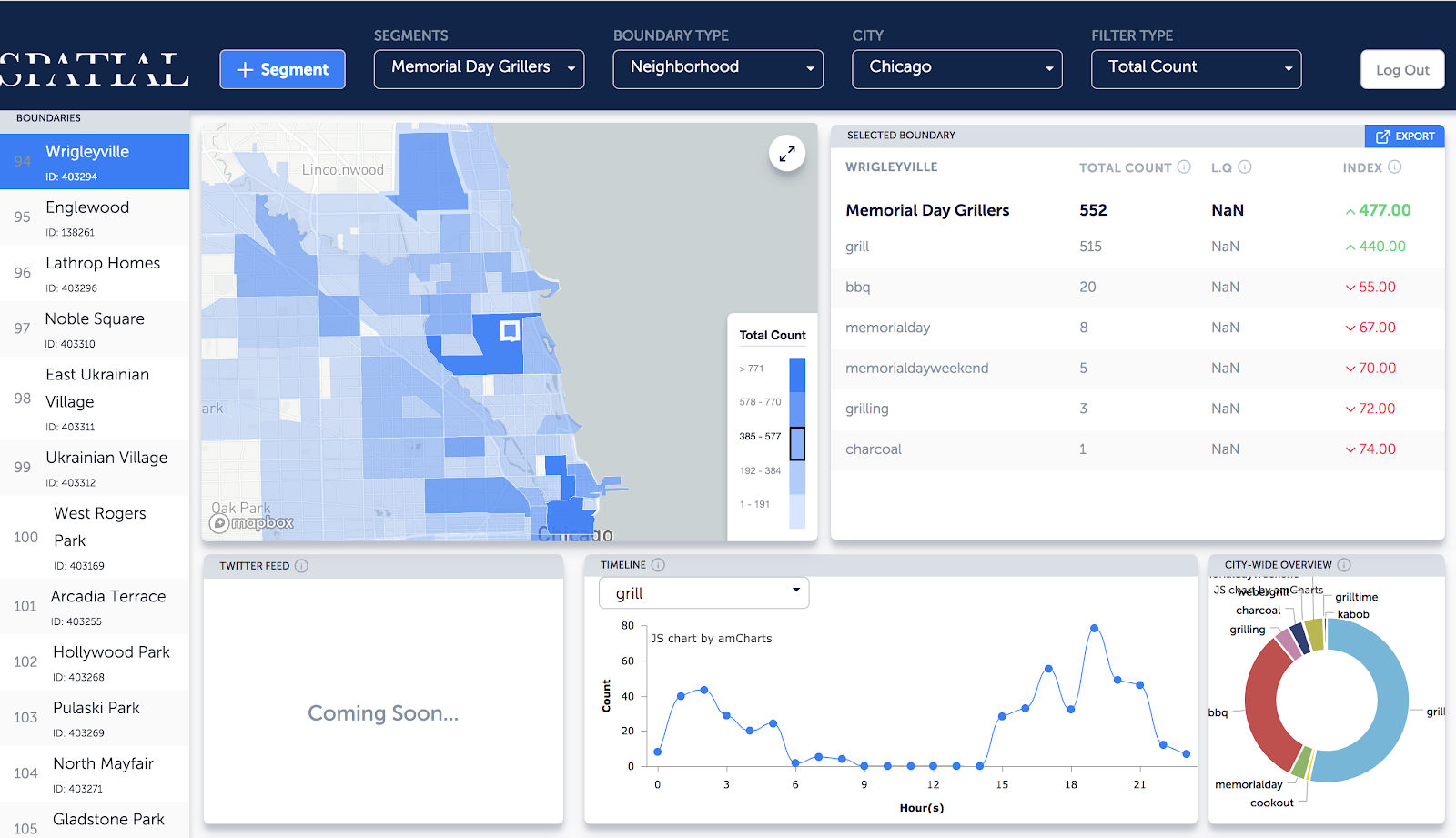 Most of our customers know our technology for predicting how well a brick and mortar location would do in a given area, or for tracking social changes over time for transportation design. As important as these two things are to the fabric of our city, it is also interesting to see how social connections and social patterns play themselves out. One of the best ways to understand the patterns of a society is by studying the things they choose to celebrate. Although it seems trivial, much can be learned from understanding the where, how, and why of human connection. This can highlight engagement of a community and the inter-community flow of ideas. Both are critical in city design and have even been used as accurate analogs to GDP.

I ran the calculation by combining social media mentions of memorial day activity for the top three neighborhoods. This was done on a volume basis vs. a location quotient so more populated cities had a slight advantage.

For comparison, I also ranked the top neighborhoods for each city. It was interesting to see the distribution of social activity, for some cities it was very equal (like Cincinnati) for others there was a dense cluster of social activity and relatively light elsewhere (like Cleveland).

While doing research, it was also clear that the way folks in different cities talked about celebrating was unique to them. Results below.

What Chicagoans are most likely to talk about:

More so than any city these people talked most about memorial day weekend rather than memorial day itself. There were lots of mentions of grilling, but relative to the other cities very few mentions for BBQ. 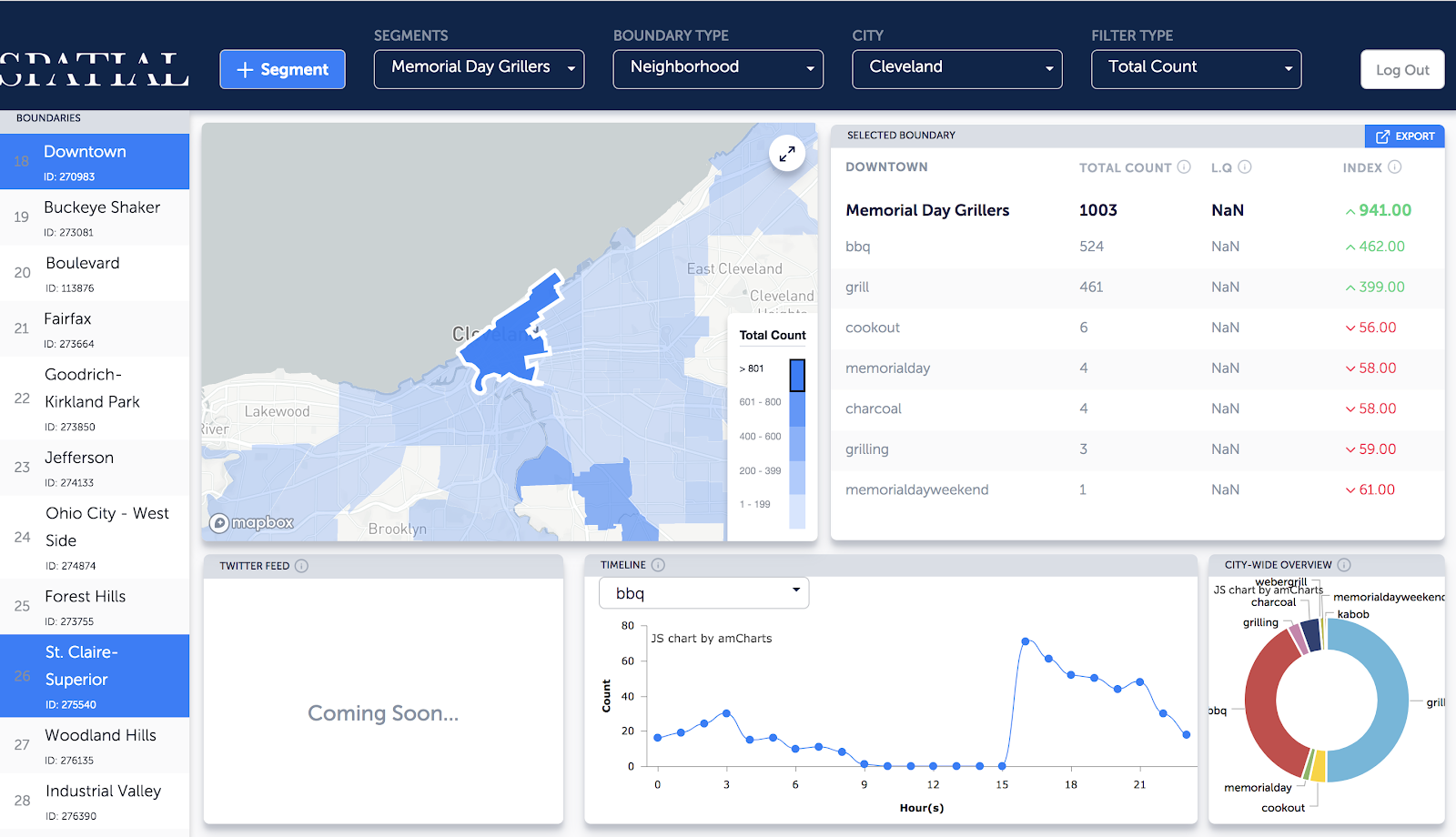 What Clevelanders are most likely to talk about:

Cleveland coming out strong with the number one individual neighborhood for memorial day type mentions. They are the most likely out of the bunch to talk about cookouts and BBQ. 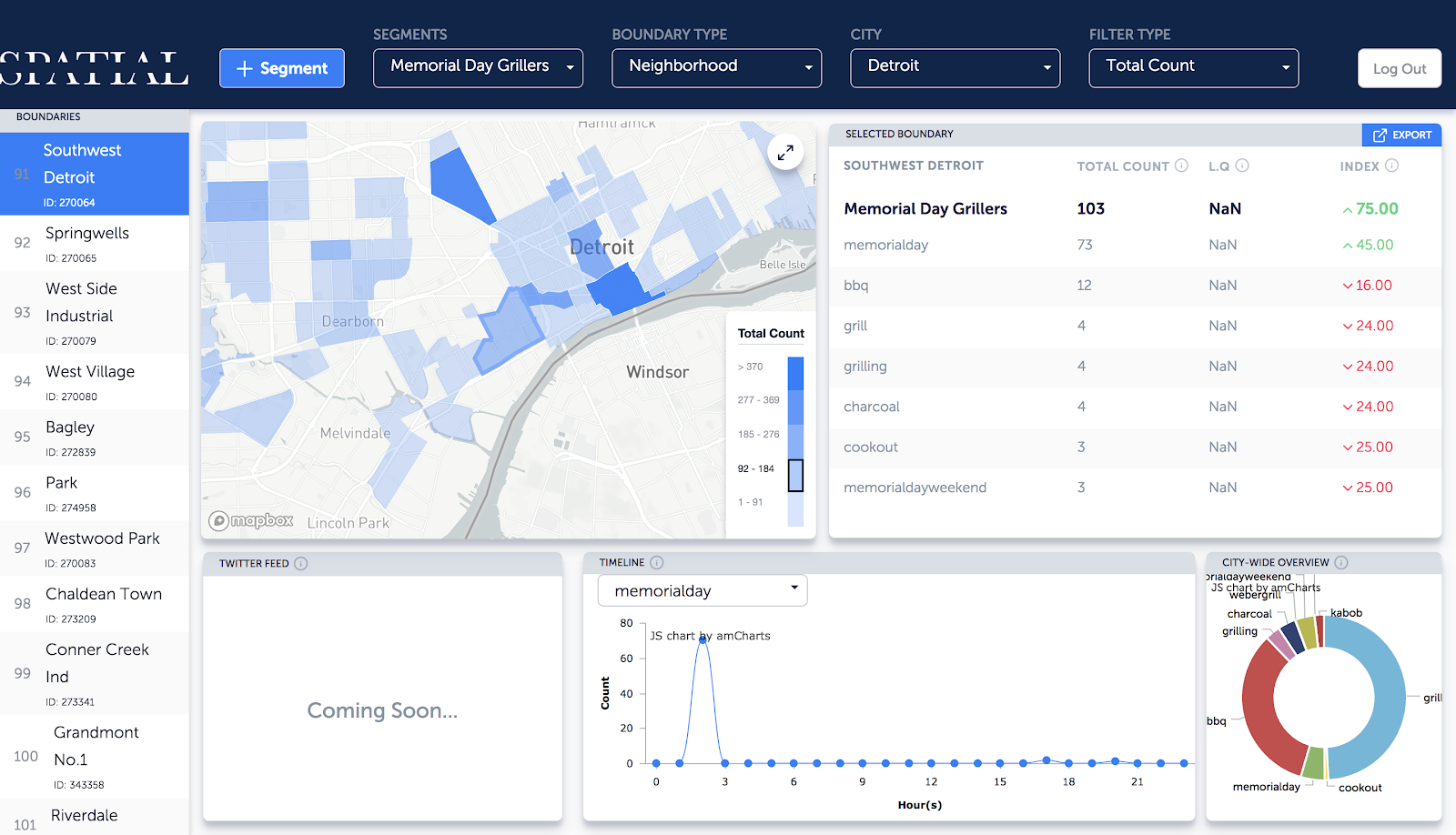 What Detroitians are most likely to talk about:

Detroit mentions kabobs as a way to celebrate memorial day more than any other city. They are also most likely to talk about how they are preparing the food (ie: with charcoal). 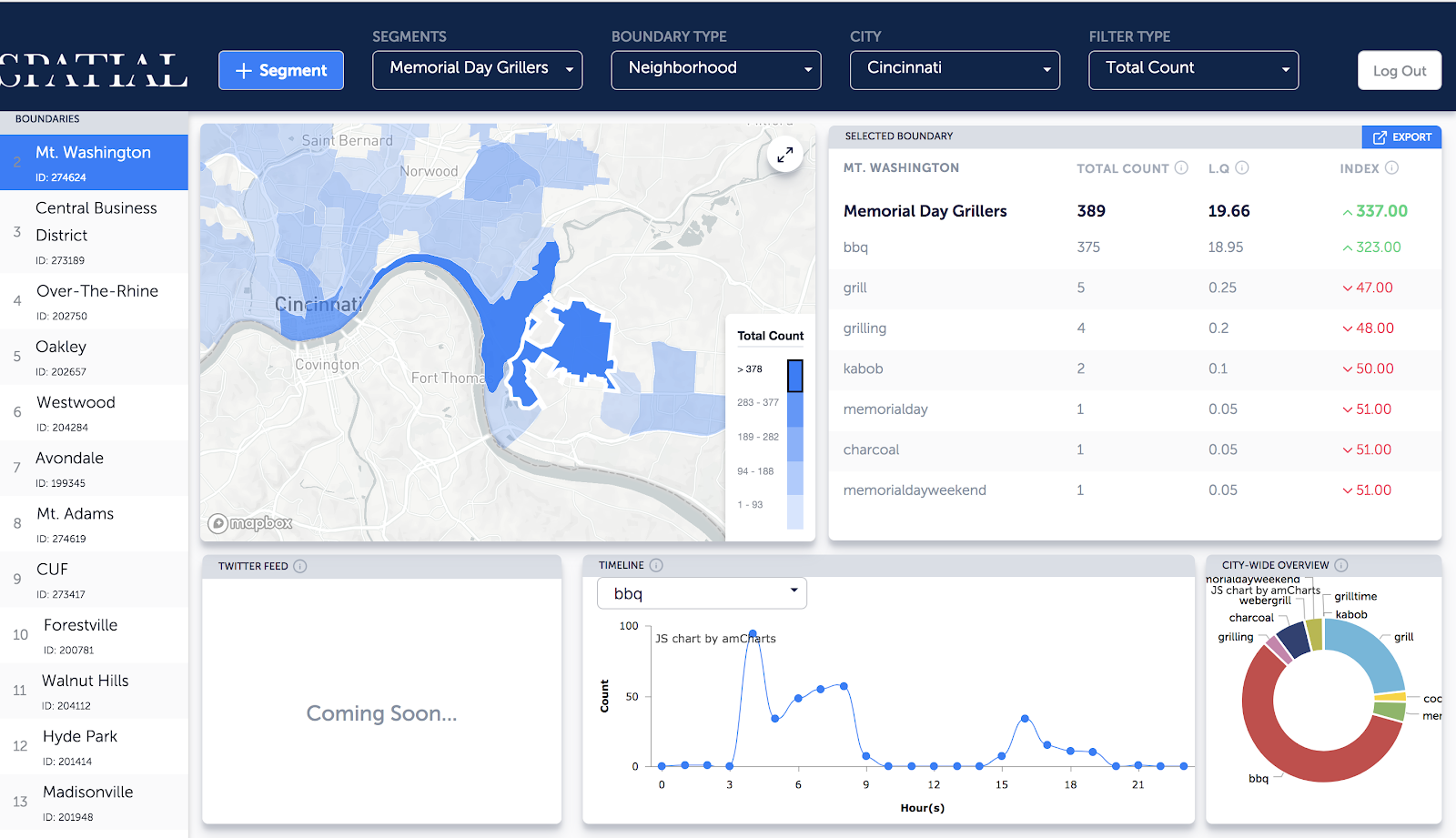 What Cincinnatians are most likely to talk about: 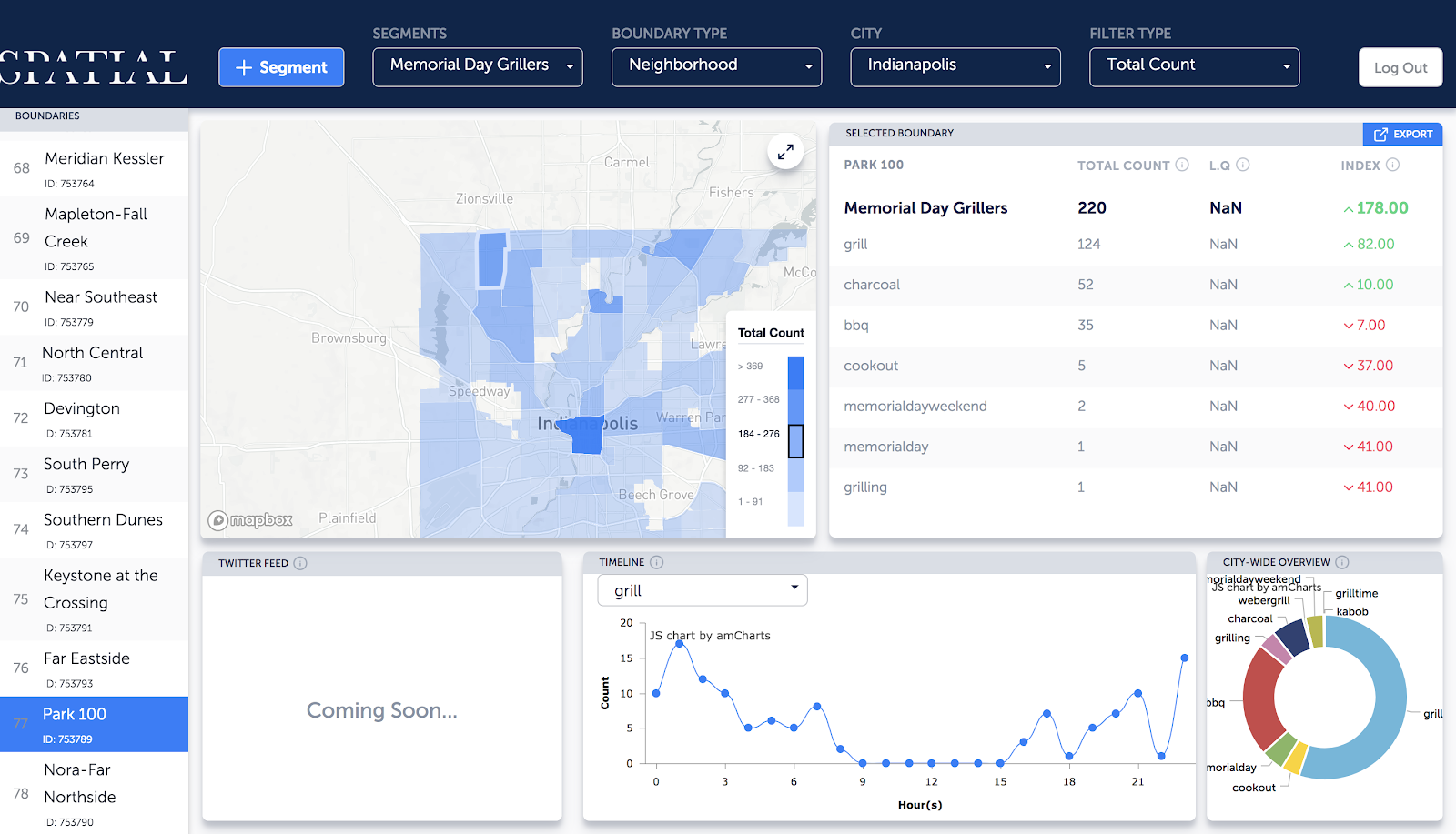 What Hoosiers are most likely to talk about:

Hoosiers more so than any midwesterner were likely to talk about having cookouts. 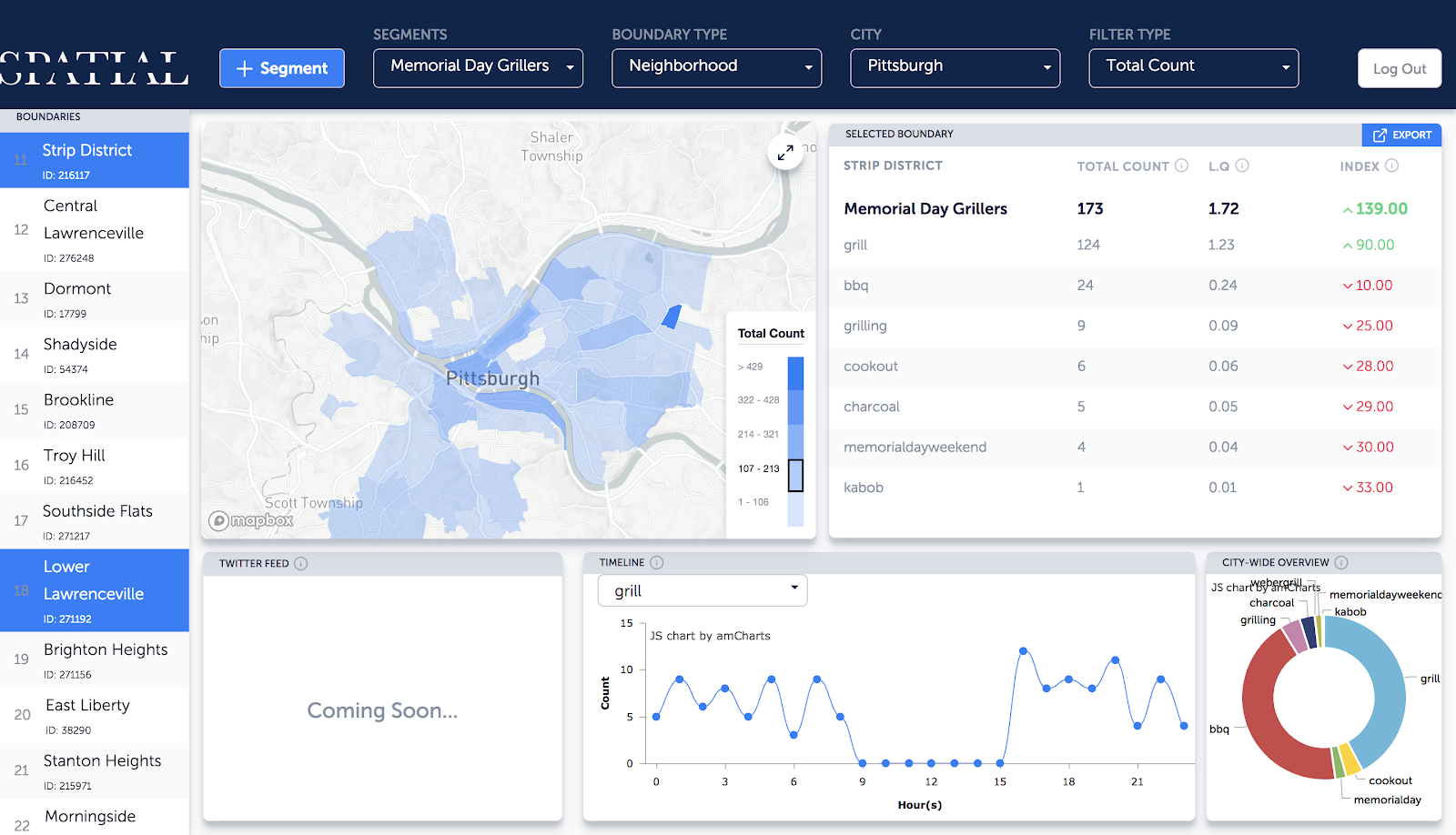 What Pittsburghers are most likely to talk about:

Pittsburghers were pretty straightforward in their love for BBQ and grilling over the weekend and weren’t showing much activity besides the two.